When Covid-19 hit, Aspetto cofounder and CEO Abbas Haider, like lots of small-business owners, was nervous that business would fall. After all, the biggest buyers for his company’s bullet-resistant clothes and tactical gear were federal agencies, which he figured would be focused elsewhere. “We thought a lot of the funding from defense contracts was going to go to PPE,” he says. “We thought business was going to hurt during Covid.”

Instead, Fredericksburg, Virginia-based Aspetto’s business boomed. It now expects revenue to reach $12.5 million this year, up from less than $2 million in 2019, when he company hit a rough spot. Haider and his cofounder Robert Davis, both 30, are already beginning to line up contracts for 2021 (they say they have $14 million worth secured now), when they expect revenue to surpass $25 million. Since the beginning of the year, they’ve won multi-million-dollar deals to make female specific tactical gear for the U.S. Air Force, armored vests for Homeland Security, ballistic shields for the Internal Revenue Service, stab vests for the Bureau of Prisons, and more.

“Innovation is what really helped us,” Haider says. “The reason we were able to develop these better solutions for the military is that we were looking at it from a different perspective, from fashion.”

Haider’s original idea for the business was to create fashionable body armor, which has long been utilitarian if ugly. While in college at the University of Mary Washington, he teamed up with classmate Davis to start the company in 2008. They bet that U.S. government agencies would be willing to pay for better looking bullet-resistant clothes for their employees in unsafe locales; its men’s suits are stylish, but often cost an extra $3,500 to be outfitted with armor in the jacket. (Only buyers who have been background-checked are permitted.) As the firm grew, the duo made the Forbes Under 30 list in Manufacturing & Industry in 2018.

Since then, Aspetto, which has just 12 full-time employees, has expanded beyond fashion to tactical products, in some cases, they say, winning contracts versus the major military contractors. “We’re not part of the norm in this industry,” Davis says.

“We don’t have master’s [degrees] from top business schools, but that’s how we’re learning,” says Abbas Haider, Aspetto’s CEO and an alumnus of Forbes Under 30.

When the Air Force selected Aspetto for the female-specific gear contract in June, “I thought we were just one of the awardees,” Haider recalls. “I called them up and said, ‘How many other companies were awarded this?’ and he’s like, ‘Dude, it’s only you guys.’”

Winning that bid was an especially big deal for a small company, he says, because governments overseas follow the U.S. Air Force’s lead in choosing their suppliers. Soon after the Air Force announced its choice, he says, he started getting inquiries from as far afield as the Netherlands and Australia.

Being outsiders in the insular government-contracting world hasn’t been easy. Aspetto 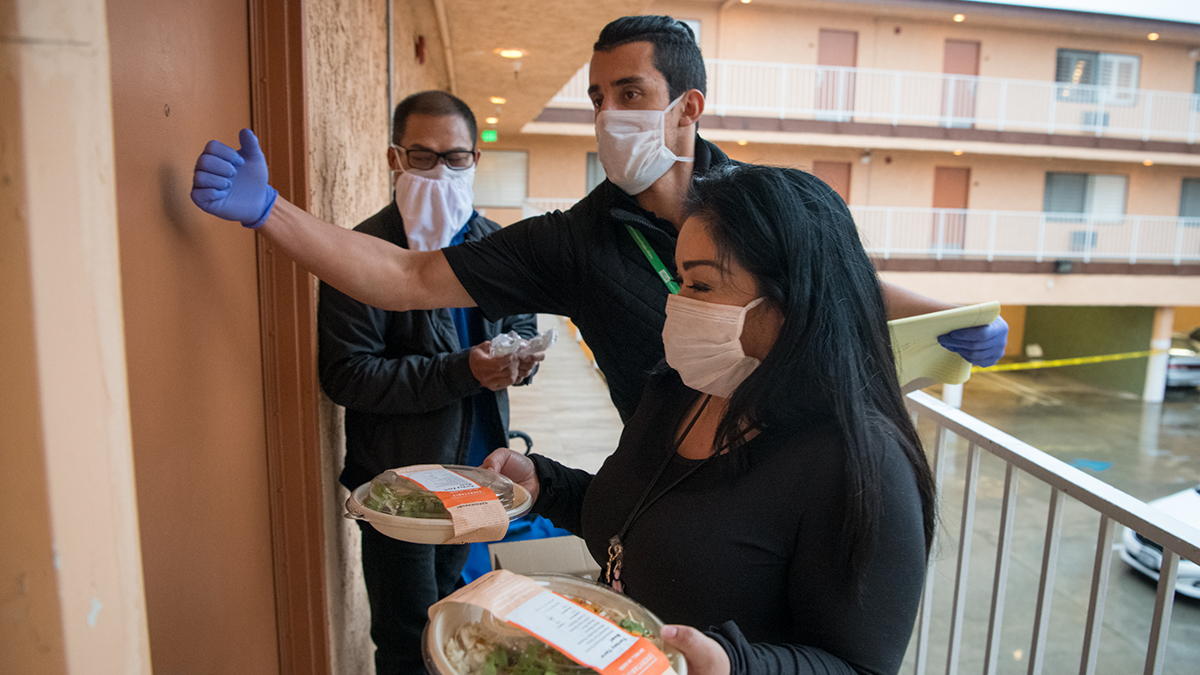 2020 is the year the world’s attention turned to the deep fractures of our economic, political, educational, and healthcare systems. The year when status quo solutions were no longer good enough. For all the declarations of being “in this together,” the dual pandemics of Covid-19 and systemic racism have revealed how low-income communities and people of color are disproportionately left out, let down, and punished by our systems.

The death of George Floyd, representing too many Black lives lost, has reignited the movement for racial justice around the world, demonstrating that we urgently need to build a society that is not only inclusive, but also just. The immediate call to reform police and criminal-justice systems in America is a significant step, but the change must go further. We must upend how capital flows, how hospitals care for patients, how institutions lend, how employers hire and care for workers, and how all of us see and care for each other.

To do this, we need to activate all parts of society—public, private, and nonprofit—to rebuild. We need to develop bold new solutions that address our most pressing problems at the systemic level, and then mobilize our resources to help those solutions achieve maximum impact.

A New Category of Entrepreneurs

Many of these new solutions are coming from a new category of entrepreneurs who apply their creative and innovative energy to solve problems of poverty. These entrepreneurs, who run for-profit businesses, have been the difference makers in countless communities across America. They bring crucial products and services to the people who need them most, while at the same time addressing the factors that contribute to them being the most in need.

The leaders of these companies are role models for our future because they share a new mindset that puts the wellbeing of all people and the planet at the heart of their businesses. And this new mindset reflects a moral revolution that’s happening across the country.

Restaurant chain Everytable serves healthy grab-and-go meals at fast-food prices in eight locations in underserved communities across Los Angeles. When Covid-19 shut the city down, Everytable CEO Sam Polk not only shifted to delivering food, but also provided free meals to anyone who couldn’t afford them. He also called on his community to help by asking customers who could afford more to “pay it forward.” This approach increased Everytable’s volume seven-fold and helped the chain provide over 3 million meals into the food deserts in L.A., including to the homeless, the recently unemployed, employers looking to feed their staff, and parents struggling to feed their children.