Members of the Banditos are recognized by skull and sombrero tattoos

L.A. County’s Inspector General’s Office has produced a damning report into a ‘gang-like’ secret society of cops, known as the Banditos, who it claims are protected by a code of silence among officers including L.A. County Sheriff Alex Villanueva.

The Inspector General’s Office launched an investigation into the allegedly violent group amid claims they and other fractions of L.A. cops had operated like gang-sects for years, wielding their influence over co-workers and the public.

It also came after the sheriff’s department was told to pay $55million in settlements to people who had been victimized by the groups.

Among claims in the various lawsuits was that the Banditos are ‘a group of approximately 90 deputies who are inked with matching tattoos of a skeleton with a thick mustache, sombrero, pistol, and bandolier’.

In a report released on Tuesday, the Inspector General’s Office claims that the Banditos’ influence in the county sheriff’s department resulted in ‘favoritism, sexism, violence and racism’.

It is also claimed that Sheriff Villanueva turned a blind eye to the their antics. The report makes mention of an incident at an ‘off training’ party in September 2018 where multiple people were injured by members of the Banditos.

Among the perpetrators are sergeants who go by the nicknames Bam Bam and G-Rod, the report claims.

When investigators tried to probe allegations of violence, the report claims they were met with silence.

‘Substantial evidence exists to support the conclusion that the Banditos are gang-like and their influence has resulted in favoritism, sexism, racism, and violence.

‘Despite all this, the majority of the witnesses interviewed in the ICIB investigation were not asked any questions about the Banditos. 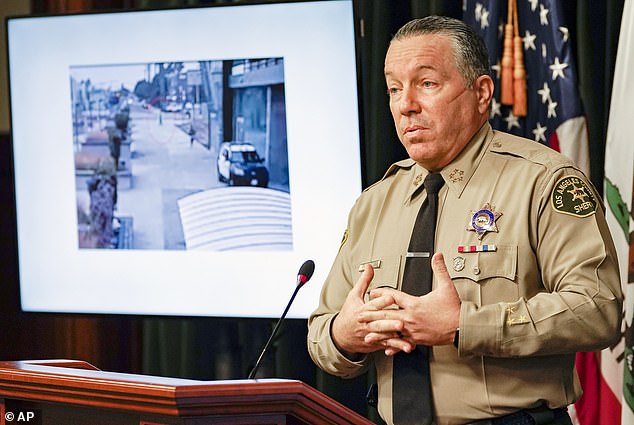 ‘Even when the witnesses brought up the Banditos there was little or no follow up by ICIB investigators. It appears from the interviews that ICIB did not want to delve into the Banditos involvement in the fight or their control over the East LA Station,’ the 32-page report claims.

The incident in September involved one of the alleged gang members approaching another cop and telling him he was ‘not good’ at the station. 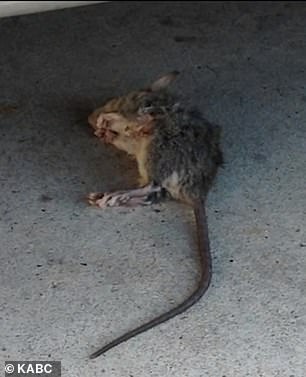 Complainers can face retaliation. Some who have resisted the Banditos have seen the word ‘rat’ written on their windshield or received a dead rat

Another alleged gang member then called him a ‘p***y’ and a ‘rat’, and that he had ‘no problem slapping him or anyone because nobody is going to say anything.’

He then allegedly told the cop if he couldn’t get to him, he could ‘get to his family’.

The investigation found that members of the Banditos got away with behavior that other cops would not have.

‘Some of the information told to the ICIB investigators suggests that the Banditos act in ways that are comparable to a criminal street gang and some witnesses described the veterans as ‘OGs’, which is the term used for older gang members who have paid their dues and earned the respect of the younger members.

‘Much like those who refuse to join a gang, Victim Deputy D was concerned that if he did not obey the orders of the veteran deputies, they might refuse to respond to his aid if he put out a call for help while on duty.

‘One of the suspects, Suspect Deputy X, was described as having the “aura of a person in charge,” the way one might describe an OG.

‘At least two of the suspects were referred to by monikers, G-Rod for Suspect Deputy W, and Bam Bam for Suspect Sergeant Z; using monikers is common in gang culture.

‘Another witness referred to this group as thugs and Deputy 1 mentioned that the older group used manipulation, “like a gang,”‘ the report reads.

It has previously been claimed that the gang leaves dead rats on the doorsteps of people they want to threaten.

In August last year, Villanueva fired dozens of deputies for their alleged involvement for it.

However the report claims he ‘continues to promote a Code of Silence regarding these sub-groups.’

Law
We use cookies on our website to give you the most relevant experience by remembering your preferences and repeat visits. By clicking “Accept All”, you consent to the use of ALL the cookies. However, you may visit "Cookie Settings" to provide a controlled consent.
Cookie SettingsAccept All
Manage consent