WHIPPANY, N.J.–(BUSINESS WIRE)–Bayer will present detailed results from the Phase III FIDELIO-DKD study assessing the use of the investigational drug finerenone on kidney and cardiovascular outcomes in patients with chronic kidney disease (CKD) and type 2 diabetes (T2D) during scientific sessions of the upcoming American Society of Nephrology’s (ASN) Kidney Week, October 22-25, 2020. Additional data evaluating use of finerenone will also be presented.

The FIDELIO-DKD study, which evaluated the efficacy and safety of finerenone versus placebo when added to standard of care in patients with CKD and T2D, is the first large contemporary positive outcomes study in patients with CKD and T2D with a primary composite endpoint exclusively consisting of kidney-specific outcomes. Bayer announced earlier this year that FIDELIO-DKD met its composite primary renal endpoint and its composite key secondary cardiovascular endpoint.

Full data from the FIDELIO-DKD study will be presented as part of the live-streamed, late-breaker oral abstract session High-Impact Clinical Trials:

Finerenone (BAY 94-8862) is an investigational, non-steroidal, selective mineralocorticoid receptor antagonist.1 The Phase III clinical program with finerenone in CKD and T2D is the largest Phase III clinical trial program to date in CKD and T2D having 13,000 randomized patients across a broad range of disease severity including those with early kidney damage and more advanced stages of kidney disease. The clinical program comprises two studies (FIDELIO-DKD and FIGARO-DKD), evaluating the effect of finerenone versus placebo in addition to the standard of care in both renal and cardiovascular outcomes.

FIDELIO-DKD (FInerenone in reducing kiDnEy faiLure and dIsease prOgression in Diabetic Kidney Disease) is a randomized, double-blind, placebo-controlled, parallel-group, multicenter, event-driven Phase III study that investigated the efficacy and safety of finerenone in comparison to placebo in addition to standard of care on the reduction of kidney failure and kidney disease progression in approximately 5,700 patients with CKD and T2D from more than 1,000 sites across 48 countries worldwide.

FIGARO-DKD (FInerenone in reducinG cArdiovascular moRtality and mOrbidity in Diabetic Kidney Disease) is still ongoing and is investigating the efficacy and safety of finerenone versus placebo in addition to standard of care on the reduction of cardiovascular morbidity and mortality in approximately 7,400 patients with CKD and T2D across 47 countries including sites in Europe, Japan, China and the U.S.

Bayer also recently announced the initiation of the FINEARTS-HF study, a multicenter, randomized, double-blind, placebo-controlled Phase III study which will investigate finerenone compared to placebo in more than 5,500 symptomatic heart failure patients (New York Heart Association class II-IV) with a left ventricular ejection fraction of ≥40%. The primary objective of the study is to demonstrate superiority of finerenone over placebo in

Michigan officials expect record-breaking turnout for the Nov. 3 election and Gov. Gretchen Whitmer has signed a few last-minute bills into law to speed the process and ensure every ballot is counted.

On Tuesday, Whitmer signed Senate Bill 757, passed by the House and Senate in September, to allow clerks in cities and townships with at least 25,000 people to start processing absentee ballots Nov. 2. The ballots can’t be tabulated until 7 a.m. on election day, however.

While the move is a “step in the right direction” per Secretary of State Jocelyn Benson, it’s not enough, she said. States like Kentucky, Ohio, North Carolina and Florida allow more time for processing – sometime weeks more, Benson said.

The change won’t significantly alter when the results will be ready, Benson said.

“We still expect that it will be the Friday of election week that we expect every ballot will be tabulated,” Benson said, noting it could be sooner.

This is the first presidential election in Michigan since voters passed a proposal allowing absentee voting without needing a specific reason.

The law also requires clerks to notify absentee voters if their ballot won’t be counted within 48 hours of receiving it – like for a missing signature, for example. This helps make sure every vote is counted, Whitmer said.

Senate Bill 117 was also supposed to be signed Tuesday, but Whitmer said Republican leadership didn’t send her the bill yet – despite it passing through both chambers of the Legislature.

The bill allows military members and their spouses to return ballots electronically through a secure portal if they can’t be returned in person. Benson’s husband served with the military in Afghanistan in 2004 and attempted to vote, she said, but couldn’t because a law like this wasn’t on the books.

“For some reason, the Republican leaders in the Legislature chose not to send me this bill yet,” Whitmer said. “I’m not sure what’s going on there, but this is crucial for our brave folks and their families who serve in the military. Elections are no time to play partisan games.”

More than 2.7 million ballots have been requested in Michigan so far, and 2.6 million of them have been issued to voters. Nearly 400,000 have been filled out and received back.

More than 450 communities have had at least 1,000 people request an absentee ballot so far.

Michigan residents can check their voter registration, register to vote and track the status of their absentee ballot at Michigan.gov/vote.

The state is also launching an advertising effort this week to put ads on social media, the internet, TV and the back of ATM receipts to

END_OF_DOCUMENT_TOKEN_TO_BE_REPLACED 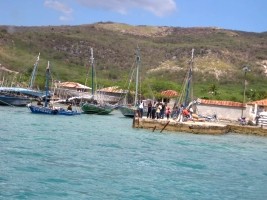 Consequently, once they came into contact with Africa’s splendor, Europeans felt insufficient, ashamed, inferior, as a result of they’d constructed nothing similar in Europe, only weapons of struggle, and so they had been envious and began plotting to take Africa for themselves and enslave African people and that is precisely what they’ve finished.…

END_OF_DOCUMENT_TOKEN_TO_BE_REPLACED 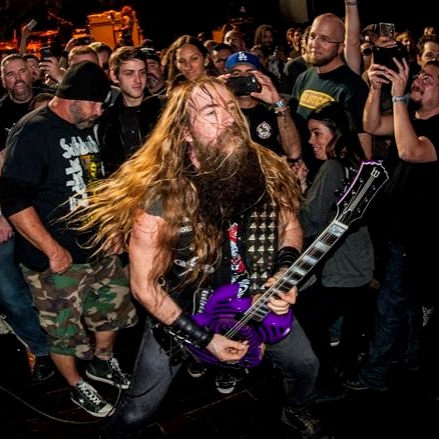