Yesterday was supposed to be Opening Day of the 2022 Major League Baseball season, but it was delayed a week (to next Thursday, April 7) by a contentious labor dispute between players and team owners that lasted much of the winter. The MLB lockout left fans feeling frustrated — especially with team owners — and, they claim, less interested in the sport. But that doesn’t necessarily mean they’ll stop root-root-rooting for the home team. And that holds a lesson even for those who aren’t baseball fans: Be skeptical when a poll says an issue will make people more or less likely to do something (like, say, vote a certain way).

First, some background: At the end of Dec. 1, the collective bargaining agreement that governed MLB players’ relationship with their employers (i.e., the 30 MLB teams) expired. In response, the team owners implemented a lockout (essentially the management version of a strike) preventing the players from going to work until the owners and players’ union reached a new agreement. For the next few months, the two sides slowly negotiated everything from specific rule changes to the biggest bone of contention, player salaries. Eventually, on March 10, they agreed to a new deal, but not before the first several games of the season were called off (they have now been rescheduled for later in the year).

According to two polls conducted just before the lockout ended, fans generally sided with the players in the dispute. Forty-five percent of self-identified MLB fans told Morning Consult that the owners were most responsible for the two sides’ failure to agree, while only 21 percent said the players were most responsible. Similarly, a SurveyMonkey/Los Angeles Times poll found that 31 percent of MLB fans blamed the owners most for the lockout, while only 12 percent blamed the players most (however, 49 percent said they blamed both sides equally). According to SurveyMonkey/the Los Angeles Times, fans agreed, 65 percent to 26 percent, that the players were negotiating in good faith, but fans narrowly disagreed that the owners were doing so, 49 percent to 42 percent.

Interestingly, in past labor disputes, fans generally sided with MLB owners. For example, during the notorious 1994-95 strike (which canceled the 1994 World Series), an NBC News/Wall Street Journal poll found that 45 percent of fans held the players more responsible and only 27 percent held the owners more responsible (24 percent volunteered that both sides were equally responsible). Why the reversal?

For one thing, in a very literal sense, the owners were responsible for the recent lockout: They didn’t have to implement it (legally, the business of MLB could have continued under the old collective bargaining agreement while a new one was being negotiated), but they chose to do so to gain leverage over the players. In addition, owners reportedly pulled a fast one on the players at times during negotiations, such as inserting new provisions into a proposal at the last minute and refusing to make a counterproposal after saying they would. Media coverage of the lockout was also more sympathetic to the players, both explicitly and implicitly by highlighting how much wealthier the owners are than the players and how the players’ share of MLB’s revenue has dropped in recent years.

Regardless of whom they blamed, though, fans weren’t happy during the lockout. Forty-six percent told Morning Consult they were “frustrated,” and 75 percent told SurveyMonkey/the Los Angeles Times that they agreed that the main issue in the lockout was “greed, not baseball.” And 60 percent of fans in the SurveyMonkey/Los Angeles Times poll said that the dispute had caused them to lose interest in the 2022 baseball season. 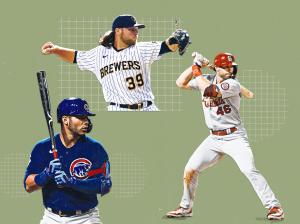 And even those who weren’t may have been using this question to express their displeasure with the dispute. We’ll have to wait until the end of the season to check attendance, viewership and revenue numbers to know for sure, but the smart bet is probably that the lockout won’t significantly harm MLB’s bottom line. You see, polling questions like this are a honeytrap for political analysts, too. Pollsters routinely ask people whether certain policy stances, political decisions or scandals will make them more or less likely to vote for a politician, but these questions should rarely be taken literally.

That’s because respondents themselves rarely take the question literally, instead using it as an opportunity to register their feelings about the stance, decision, scandal or politician in question. For example, according to a SurveyMonkey/NBC News poll from back in 2016, 39 percent of likely voters said that the “Access Hollywood” tape would make them less likely to support Donald Trump for president. But that included 65 percent of Democrats — few of whom ever had any likelihood of supporting Trump anyway. Among Republicans — i.e., a group that was inclined to support Trump before the tape’s release — only 12 percent said the tape made them less likely to support him, while 81 percent said it made no difference.

These types of questions are really relevant only among the subset of respondents whose minds are genuinely not made up — and even then, you’re putting a lot of trust in them to accurately predict their future behavior. (For instance, Trump did dip in the polls after the “Access Hollywood” tape was released — but he recovered a few weeks later, suggesting that voters put aside their misgivings with the tape because they found another reason to vote for Trump.)

And sure, maybe MLB fans’ game-watching habits are more malleable than partisans’ political beliefs, but sports fandom can inspire people to do extreme things and twist themselves up in logical knots, just like partisanship. There’s a reason that sports fandom and political fanaticism are often compared.